Trebur – An imperial “Pfalz” and a turning point for Henry IV.

Are you looking for the “Pfalz” of Trebur and its royal palace? The baroque church of St. Laurence was built on its remains. Its predecessor, the old chapel, was part of a compound that included a royal palace. Trebur was a popular “Pfalz” during the reign of the Carolingian and Ottonian dynasties.

Many assemblies took place here. The princes of the Holy Roman Empire met to discuss the situation in the realm. One of these assemblies became famous as the “Hoftag” of Trebur. It was crucial for the fate of emperor Henry IV.  At this assembly in 1076 the princes discussed the emperor’s excommunication. Pope Gregor VII. had banned Henry IV. from the church. The princes forced the emperor to repent. His atonement became famous as the proverbial ”Road to Canossa”.

St. Bartholomew as a model

The old chapel that once stood here was a modelled on the St. Saviour Basilica in Frankfurt, which preceeded the church of St. Bartholomew.

Today many stones from Trebur’s old chapel can be found elsewhere. Landskron Castle in Oppenheim was probably built with some of them. But at least some stones remained in St. Laurence to tell their story. Take a good look and you may see the Roman inscriptions and ornaments. And in the southwestern part of the church you can find a stone that depicts the celtic god Virodacthis.

Audios: The mighty powers of the empire deliberate in Trebur

Does a travelling king need a place to stay? No, he needs a lot of them! Meet: The Pfalz 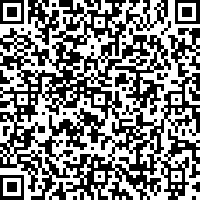